5 Natural Ways to Lift Your Libido

It’s hard to admit to yourself. Even harder to talk about. But there it is: your sex drive has taken a dive and you don’t know why. You’re likely embarrassed, confused and upset. Try not to be. Over the course of a lifetime, it happens to lots of us for many reasons.

Studies show that as many as 43% of women and 31% of men experience a drop in libido at some time in their life. Without a doubt, this has an impact on your overall physical and emotional health, as well as your relationship with your partner. Ironically, those same three issues are often the underlying factors in a low sex drive, which can be attributed to lifestyle and relationship problems, age-related hormonal changes, stress, physical disability, and certain medications. But there is help. Before venturing into unknown territory with a mass-marketed “quickie fix,” consider using a variety of holistic medicine approaches to help lift your libido.

Take Specialized Herbs. Several herbs have been studied for their positive impact on low sex drive, insufficient hormone levels, and performance problems, such as erectile dysfunction or inability to achieve orgasm. Herbs to consider are Panax Ginseng, Yohimbe, Maca Root, and Dong Quai. Each one works differently and some can interact with other medicines. It’s important to first consult with a qualified health professional before trying any herbal remedy.

Get to the Point with Acupuncture. Shown to be a beneficial complementary therapy for sexual dysfunction, acupuncture can help boost libido by stimulating physiological systems in the body that are involved in sexual response.

Talk about Sex. Sometimes what’s not going on in the bedroom has a lot to do with how you and your partner communicate. From the honeymoon period, to being together for decades, sexual needs can and do change. Have honest, open conversations. Consider engaging the services of a sex therapist, who can guide you toward strategies that will lead to more fulfilling and intimate times together.

Enjoy Forbidden Fruits. While there are few specific studies on the aphrodisiac effects of fruits, for centuries different cultures have touted the stimulating benefits of foods such as avocados, figs, pomegranate, dark chocolate, watermelon, and strawberries. The most likely effect of having these foods in your diet is that they provide vitamins and minerals necessary for peak performance of the whole body. Why not experiment with pomegranate wine and dark chocolate nibs to get you in the mood?

Move that Body. Exercise improves circulation, creates sexy muscles, helps manage stress. and promotes a positive body image. When you feel good physically and emotionally, you’re more likely to be in the mood for love. Also, working out with your partner can stimulate the sexual energy between you.

Healthy lifestyle practices provide the best foundation for enhancing sexual prowess. When the body is unhealthy, it may not respond optimally to the use of holistic approaches, which are intended to work synergistically with your natural ebb and flow.

Elena Klimenko, MD, a certified functional medicine physician, will help you decide the right course of treatment to help improve your sex drive. In her practice, she uses lifestyle modification and natural remedies to address the root cause of your medical symptoms. Call today to find out more about functional medicine and speak with Dr. Klimenko at 212-696- HEAL(4325). 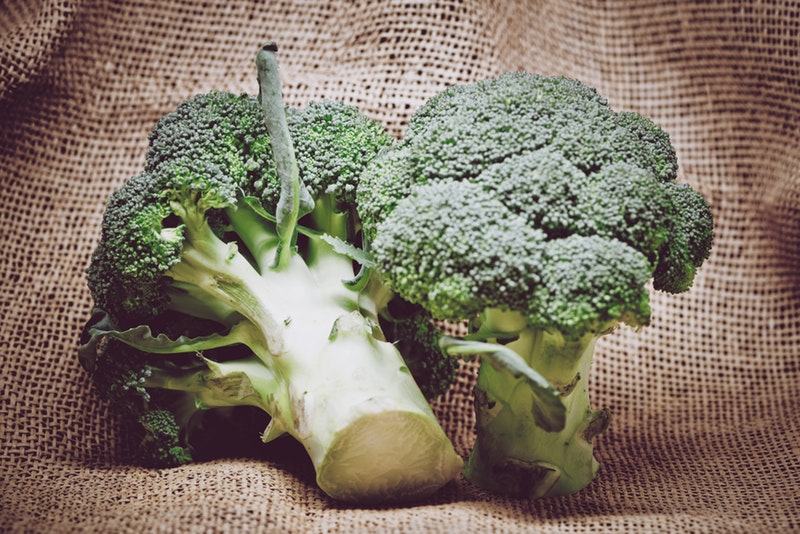 Could Diindolylmethane (DIM) Protect Against Cancer?

Diindolylmethane (DIM) is a compound found in “cruciferous” vegetables such as cabbage, Brussels sprouts, cauliflower, and broccoli. Scientists think these crunchy vegetables may help protect the body against cancer because they contain diindolylmethane and a related chemical called indole-3-carbinol (I3C).

DIM helps balance the sex hormones estrogen and testosterone. When the body breaks down estrogen, for example, it can form either a harmful or beneficial metabolite. DIM, in some clinical and animal studies, has been shown to help the body form the more beneficial estrogen metabolite and reduce formation of the harmful metabolite. The beneficial estrogen metabolites can have many positive effects, including reducing the risk for some types of cancer. DIM may benefit patients with certain types of prostate cancer and may help reverse abnormal changes in cells on the surface of the cervix. Some scientists think DIM will be useful for preventing breast, uterine and colorectal cancer. However, because of the variability in types of cancer and the sensitivity of the estrogen system in the body, DIM and I3C supplements may not be appropriate for everyone.

Elena Klimenko, MD, a certified functional medicine physician, will help you decide if DIM is the right supplement for you. In her practice, she uses advanced hormonal testing to evaluate your individual risk of hormonal related conditions. She uses lifestyle modification and natural remedies to address the root cause of your medical symptoms. Call today to find out more about functional medicine and speak with Dr. Klimenko at 212-696- HEAL(4325). 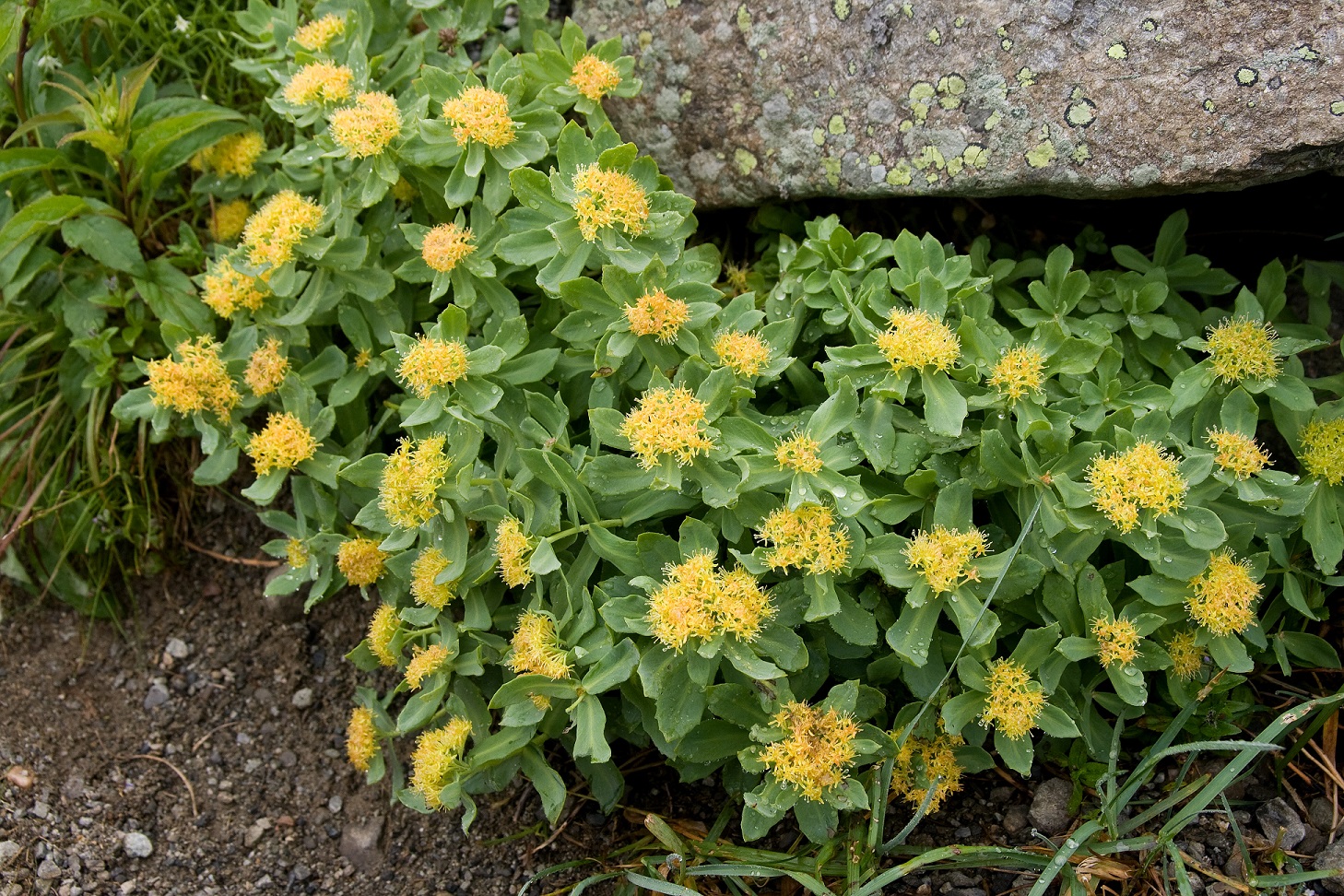 Who does not want to have better mood, stronger libido, and stronger nervous system, feel stronger, resist to infections and tolerate stress better and live longer?

If you don’t want at least one of those qualities, you probably don’t need to read the rest of the article…

For all others, let me introduce you to the “queen” of the herbs Rhodiola Rosea. To be more exact, the root of the herb possesses the multitude of the medicinal qualities outlined earlier. If I ever get stranded on the deserted island and I have only one supplement to take, it’d be Rhodiola Rosea!

Rhodiola root (Rhodiola Rosea, Arctic Root, Golden Root) was first discovered in Russia, where the locals of Siberia were known to possess a strong health and survive severe climate conditions. It was later been used in the traditional medicine of many countries including Russia, Scandinavia and Middle Asia.

Since 1969 Rhodiola has been included in the list of official Russian medicine. It is regarded as a tonic and stimulant and used to increase physical endurance, attention span, memory, work productivity and resistance to high altitude sickness.

Other indications include fatigue, anemia, impotence, infections (including cold and influenza), nervous system disorders (mild depression and stress), headache and to enhance longevity and fertility.

Rhodiola has multiple key ingredients that are responsible for the myriad of therapeutic properties (rosavins and salidroside are among the most important). The particular ratio of those components (3:1) gives the most therapeutic efficacy. The interesting thing is that not all types of Rodiola are the same and the most balanced and therapeutic species from all existing Rodiolas appears to be Rodeola Rosea. Different parts of the plant (leaves, flowers, stems and roots) have different proportions of the therapeutic components. Many studies were done to find which part is the richest in the medicinal qualities and the roots invariably come as a winner.

The main indication for use of Rhodiola is adaptogenic, tonic and antioxidant effect.

General indications: Rhodiola Rosea extract is classified as an adaptogen due to its ability to increase your body’s resistance to a variety of chemical, biological, and physical sources of stress. It is commonly recommended to people who are faced with large amounts of physical and/or mental stress. Sounds like any person leaving in New York or any large city.

Detoxification: Several studies have shown that Rhodiola Rosea can help to detoxify our body by increasing protein synthesis and removing ammonia from the blood. It also increases blood supply to the muscles and the brain, and therefore proven to improve athletic performance.

Brian support: Due to its ability to supply blood to the brain many people use Rhodiola Rosea during times of studying and taking exams. Rhodiola rosea also improves the brain’s ability to deal with stress by increasing serotonin in the brain (hypothalamus and midbrain), increasing endorphins, moderating the release of opioid peptides that occur as a part of dealing with stress response, and protecting the brain and heart by reducing the stress related production of stress initiating hormone (corticotrophin releasing factor).

Rhodiola is a wonderful herb for mental focus and brain activity. The results, observed in several clinical studies demonstrate enhanced mental performance, learning, attention span, and memory. It has been widely used as an antidepressant, working alone or adjunctively with other antidepressants and some patients find it more effective than prescription antidepressants like SSRI’s or St. John’s Wort.

Fertility: Rhodiola has been shown great results in enhancing fertility in women, even among those that have failed to conceive with standard fertility drugs; It also improves sexual performance in men with erectile dysfunction and/or premature ejaculation. It also enhances thyroid and adrenal function without causing hyperfunction of those organs.

Heart Function: Rhodiola is a very effective anti-arrhythmia/tachycardia agent. It also increases the energy efficiency and energy reserves of the heart by balancing the heart’s nerve inputs (sympathetic and parasympathetic nervous systems).

Remember, if you have time and money for only one herb, make it Rodeola Rosea. Keep in mind, the quality of herbs can vary immensely from one manufacturer to another. I use and trust MediHerb as a source of my herbs. This Australian company does vigorous quality control to test efficacy and purity of the herbal sources and I get consistent results when I use their product.

Feel free to call our office with any questions about this article or to get the best quality Rodeola Rosea.