Skip to content
Home - Prevent Blood Clots with Food?! Yes, the evidence is there… 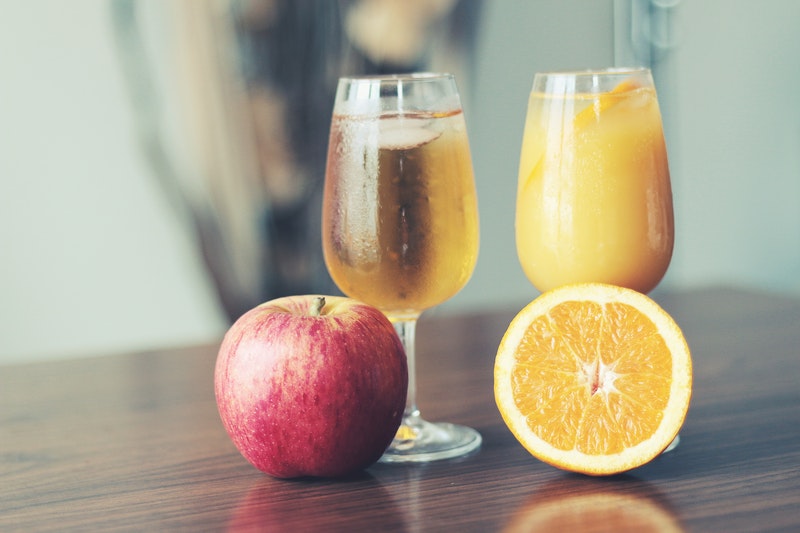 Prevent Blood Clots with Food?! Yes, the evidence is there…

A compound called Rutin, commonly found in fruits and vegetables and sold over the counter as a dietary supplement, has been shown to inhibit the formation of blood clots in an animal model of thrombosis.

These findings, led by investigators at Harvard-affiliated Beth Israel Deaconess Medical Center (BIDMC) and published online issue of The Journal of Clinical Investigation (JCI), identify a novel strategy for preventing thrombosis, and help pave the way for clinical testing of this popular flavonoid as a therapy for the prevention and treatment of stroke and heart attack, as well as deep venous thrombosis (DVT) and pulmonary embolism.

“It’s not always fully appreciated that the majority of Americans will die as the result of a blood clot in either their heart or their brain,” says senior author Robert Flaumenhaft, an investigator in the Division of Hemostasis and Thrombosis at BIDMC and associate professor of medicine at Harvard Medical School. “Approximately half of all morbidity and mortality in the United States can be attributed to heart attack or stroke.”

The study focused on protein disulfide isomerase (PDI), which is found in all cells and rapidly secreted from clotting cell (platelets) and arterial wall lining cells (endothelial cells) when a clot forms in a blood vessel. Interestingly, the inhibition of PDI could block thrombosis in a mouse model.

“This was a transformative and unanticipated finding because it identified, for the first time, that PDI is secreted from cells in a live animal and is a potential target for preventing thrombosis,” says Flaumenhaft. However, because intracellular PDI is necessary for the proper synthesis of proteins, the scientists had to identify a specific compound that could block the thrombosis-causing extracellular PDI — without inhibiting the intracellular PDI.

They began by conducting a screening  of a wide range of compounds to identify PDI inhibitors. Among the more than 5,000 compounds that were screened, quercetin-3-rutinoside (rutin) emerged as the most potent agent. “Rutin was essentially the champion compound,” says Flaumenhaft.

A bioflavonoid that is naturally found in many fruits and vegetables, including onions, apples, and citrus fruits, as well as teas, rutin is also sold as an herbal supplement, having received a special designation for safety from the U.S. Food and Drug Administration (FDA). Surprisingly, studies of the rutin molecule demonstrated that the same part of the molecule that provides rutin with its ability to inhibit PDI also prevents the compound from entering cells.

“That finding explained how this compound can be both a potent inhibitor of PDI and a safe food supplement,” says Flaumenhaft. “Our next questions were: Is this compound anti-thrombotic? Can it prevent blood clots?”

The team went on to test rutin in a mouse model of thrombosis. Because they knew that humans would be taking rutin in pill form, they included studies in which the compound was administered orally and determined that it successfully retained its anti-thrombotic properties when it was metabolized following oral ingestion.

“Rutin proved to be the most potently anti-thrombotic compound that we ever tested in this model,” says Flaumenhaft. Of particular note, rutin was shown to inhibit both platelet accumulation and fibrin generation during thrombus formation. “Clots occur in both arteries and in veins,” explains Flaumenhaft. “Clots in arteries are platelet-rich, while those in veins are fibrin-rich. This discovery suggests that a single agent can treat and prevent both types of clots.”

Even with the use of existing anti-clotting therapies, such as aspirin, clopidogrel (Plavix), and warfarin (Coumadin), each year there are approximately 400,000 recurrent episodes among patients who previously experienced a stroke or heart attack, says Flaumenhaft.

“A safe and inexpensive drug that could reduce recurrent clots could help save thousands of lives,” he adds. “These preclinical trials provide proof-of-principle that PDI is an important therapeutic target for anti-thrombotic therapy, and because the FDA has already established that rutin is safe, we are poised to expeditiously test this idea in a clinical trial, without the time and expense required to establish the safety of a new drug.”

I am Elena Klimenko, MD, an internist and certified functional medicine physician. I’ve been using food based form of Rutin supplement to prevent thrombosis without side effects of pharmaceutical drugs. If you question if Rutin is right for you, call us. In our practice we use functional medicine, acupuncture and homeopathy to address the root cause of your medical symptoms and get your body to optimal health. Call today to find out more about functional medicine and speak with Dr. Klimenko at 212-696- HEAL(4325).

This site uses Akismet to reduce spam. Learn how your comment data is processed.