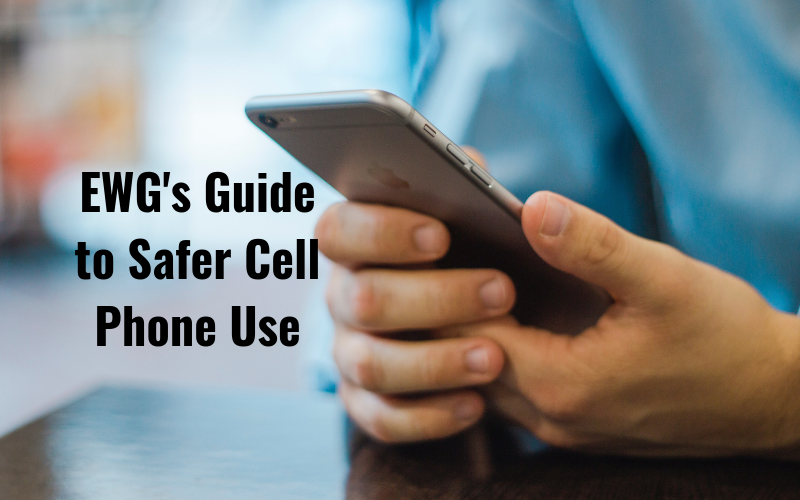 Back in 1996, when the Federal Communications Commission set a legal maximum on cell phone radiation, Motorola was touting its tiny $2,000 StarTac, the first clamshell phone and an early adopter of — texting!

Sixteen years later, cell phones — with 6 billion subscriptions worldwide and counting — have revolutionized how we communicate. The technology that powers them has changed just as dramatically. Today’s smartphones vibrate, rock out, show high-def movies, make photos and videos, issue voice commands, check email, go underwater, navigate with global positioning systems and surf the web in 3-D. They sport dual core processors and batteries that let you – or your kid — talk for close to 20 hours. (The StarTac maxed out at just 3 hours.) Yet those 16-year-old FCC rules still stand. Are they up to the job of protecting the public from radiation coming out of those multi-tasking marvels and the networks that enable them?

These studies are not definitive. Much more research is needed. But they raise serious questions that cast doubt on the adequacy of the FCC rules to safeguard public health. The FCC emissions cap allows 20 times more radiation to reach the head than the body as a whole, does not account for risks to children’s developing brains and smaller bodies and considers only short-term cell phone use, not frequent calling patterns over decades.

The FCC’s safety standards for cell phone radiation were based on studies conducted in the 1980s, These studies have long since been rendered obsolete by newer research. Yet for years the FCC refused to update or even review its standards. Instead, the federal agency simply sat on its hands while cell phones became ever more powerful and ubiquitous.

The agency is finally moving to meet the realities of the 21st century and the Information Age. On June 15, FCC chairman Julius Genachowski circulated a proposal to his four fellow commissioners calling for formal review of the 1996 regulations. To advance, his plan must be approved by a majority of the commissioners. If they agree, the FCC could take the long overdue step of modernizing its safety standards. But the pace is likely to be glacial.

Consumers need — now more than ever — real-world, relevant data on how much radiation their phones emit under various circumstances. The FCC does not require the cell phone industry to disclose these data. One important study showing that certain networks could expose consumers to 30 to 300 times more radiation than other networks was hidden from the public until the information was dated to the point of irrelevancy.

Given this appalling lack of information in the face of a cell phone market where just about anything goes,
the Environmental Working Group is suspending publication of the EWG guide to cell phones until the FCC makes the responsible decision to require cell phone makers to generate and disclose data about device and network emissions under real-world conditions. We strongly believe that as cell phones become more powerful and ubiquitous, it is critical that people have a right to know how much radiation they can expect their cell phones to generate. As things now stand, the FCC’s cell phone safety rules are as obsolete as the StarTac.

In the meantime, EWG recommends that consumers take steps to reduce their exposures to cell phone radiation by holding phones away from their bodies, using earpieces and following and other simple tips in EWG’s updated Guide to Safer Cell Phone Use.

Get more articles like this from the Environmental Working Group.

Legal Disclaimer: EWG’s cell phone database is dynamic, which means that the cell phone ranking numbers may change based on evolving science, new information on SAR radiation exposures, market conditions, or other factors. Please be advised that EWG does not recommend that companies create marketing materials based on the EWG rating system, given that the rankings may change as the database is updated. EWG makes no representations or warranties about any of the products rated on this site. EWG hereby disclaims all warranties with regard to the products on the site, including express, statutory, implied warranties of merchantability, or fitness for a particular purpose. 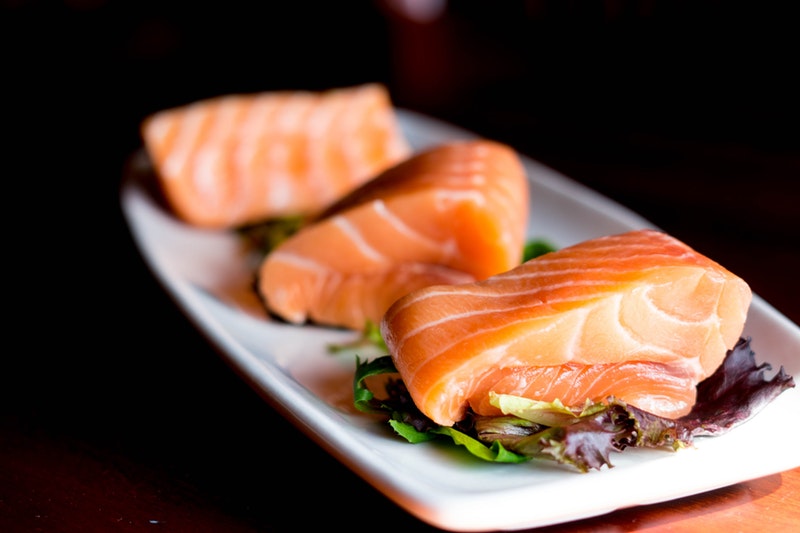 How To Avoid Mercury In Seafood?

Many of us heard about the problem of contaminated fish, and the issue of found mercury in seafood in particular. Mercury is a powerful neurotoxin, harmful to the developing brains of fetuses, babies, and young children,  as well as adults. Functional medicine and environmental medicine views mercury and other toxic metals as one of the major risk factors in the development of chronic medical illnesses such as autoimmune diseases, cardiovascular diseases, and even cancer.

However, we also have heard about valuable, essential Omega 3 fatty acids that carry so many benefits and we know that the easiest way to get Omega 3s into our body is by eating seafood.

So how much fish to eat and what kind of fish?

The group at highest risk of mercury exposure are pregnant women.

Federal agencies (FDA and EPA ) advise women who are pregnant, nursing or planning to become pregnant to eat much more seafood, an excellent source of the omega-3 fatty acids essential to babies’ development. They say these women should eat 8- 12 ounces of fish and shellfish a week – more than twice as much as the average American.

Now, a new EWG study finds that federal government’s recommendations on seafood and mercury may be risky, potentially leading women to eat too much of the wrong kind of fish. Nationwide testing found that mothers who eat the quantity of seafood recommended by the FDA and EPA, are at risk of exposing their babies to harmful doses of mercury while not providing them with enough healthy omega-3s.

EWG recruited 254 women of childbearing age from 40 states who reported eating as much or slightly more fish than the government recommends. A university lab tested samples of their hair, where mercury accumulates, which reflects the level of mercury in the body as the hair grew.

Nearly three in 10 of the women had more mercury in their bodies than the EPA considers safe – a level many experts say is much too high for pregnant women. Almost 60 percent of participants had more mercury than a stricter limit recommended by experts, who analyzed hair samples for EWG’s study, and scientists from two prestigious European institutions.

The frequent seafood eaters had an average of 11 times more mercury compared to a group who rarely ate seafood, proving that the high mercury levels came from the fish rather than other sources.

To limit mercury consumption, FDA and EPA recommend that women eat no more than six ounces a week of canned albacore tuna and no shark, swordfish, tilefish or king mackerel. But the study of Environmental Working Group (EWG), independent environmental agency, suggests that many women who follow that advice will not get enough omega-3s in their diet, yet, have exposure to mercury.

To eat or not to eat seafood?

Researchers overwhelmingly recommend low mercury fish as the most reliable source of omega-3s. The mercury in seafood erodes the benefits of an otherwise healthy food, and in some cases tips the scale to the point that the fish becomes harmful.

It is all about WHAT FISH YOU CHOOSE TO EAT.

EWG reports the full list of low mercury-high omega-3 fish, such as wild salmon, that women should add to their diets. It also lists the additional species they should limit or avoid for up to a year before conception, such as seabass, halibut and marlin.

EWG’s Good Seafood Guide provides a guideline for consumers looking to reduce their intake of mercury consumption and increase intake of omega-3 fats. The EWG Seafood Calculator estimates portion size and frequency based on a child or adult’s weight and recommends that pregnant women and children ingest 25 percent less mercury than the current EPA guideline. 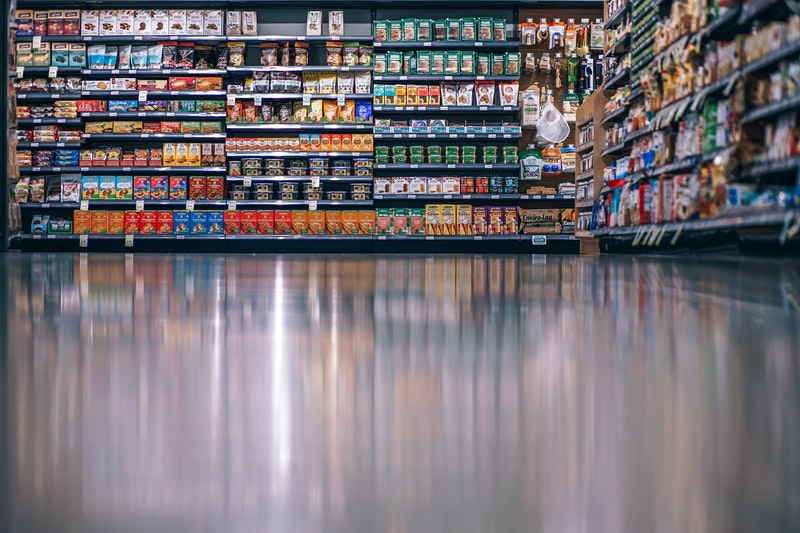 BPA stands for bisphenol A. BPA is a chemical that has been used since the 1960s to make certain resins and plastics.

Epoxy resins are used to coat the inside of metal products, such as food cans, bottle tops and water supply lines.

One of the nastiest endocrine disruptor on the market, BPA has been linked to a variety of serious disorders, including cancer, reproductive damage and heart disease. It can dangerously effect the brain and behavior of fetuses, infants and children.

More and more BPA-free products have come to market. They are usually labeled BPA free.1

But I bet you haven’t heard this: Consumers have NO reliable way of knowing which canned foods use BPA-based epoxy in their linings. Crazy, right?

The Environmental Working Group developed this report to help consumers like you determine which products contain BPA and which brands you can count on for BPA-free products.

After scrutinizing more than 250 brands of canned food, EWG analysts found that while many companies have publicly pledged to stop using BPA in their cans, more than 110 brands still line all or some of their metal cans with an epoxy resin containing BPA.

Federal regulations don’t require manufacturers to label their products so you can identify cans with BPA-based linings. That’s why EWG stepped up to do this research — so you have the resources you need to avoid BPA and shop smarter.

BPA in Canned Food: Behind the Brand Curtain