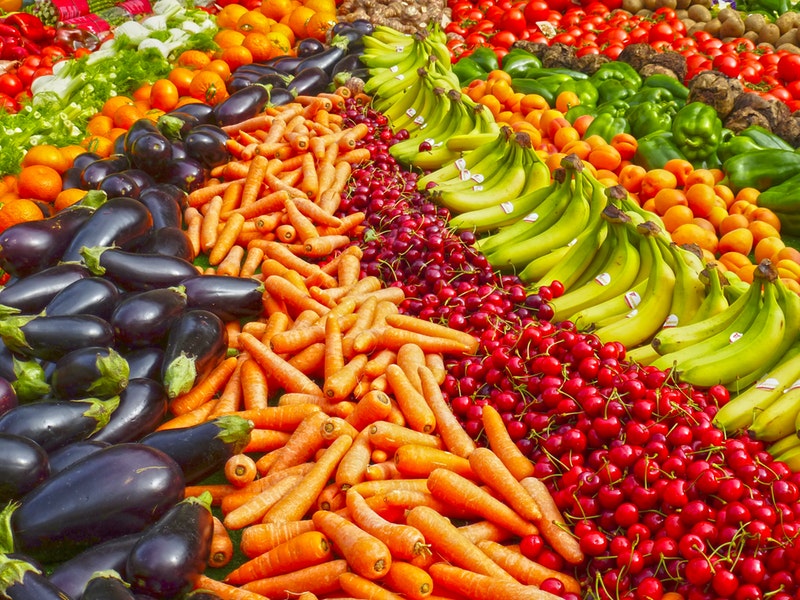 Wherever You Shop: Say NO to GMO Foods!

From farmer’s markets to grocery stores, to shop with confidence about avoiding GMO foods you need to shop smarter. Here’s how:

When in doubt, Go organic. The USDA National Organic Standards prohibit the use of GMOs. Look for the USDA Organic Seal on labels for produce as well as meat, dairy, eggs and fish.

Look for the non-GMO Project logo.

This third-party verification means the food has been tested for GMOs. Look for the colorful butterfly and plant logo on the label.

Check for a grocery chain’s organic line. Some grocers, like Whole Foods have their own organic and non-GMO products.

Look at the PLU Code on produce. When shopping for fruits and vegetables, your first choice should be those labeled with a five-digit PLU that begins with a “9,” which indicates the food is certified organic. Produce items containing a four-digit PLU are considered “conventional” – not technically GMO, but may still contain pesticides and other toxic residues. If the PLU begins with an “8,” avoid it.

The most common “genetically-tinkered-with” crops are: 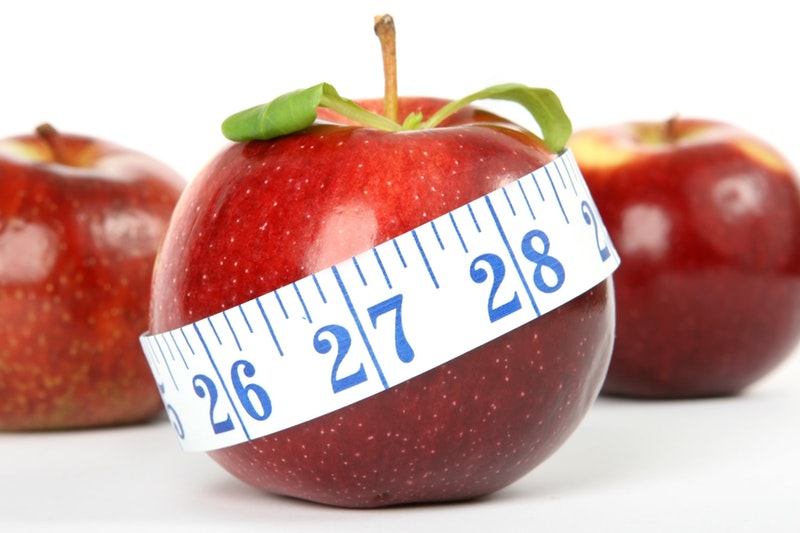 GMOs in Your Food: The Facts You Need to Know

Did you know that FDA doesn’t even test genetically modified foods to make sure they’re good for you? According to them, it’s the manufacturer’s responsibility to make sure their GMO products are safe.

If you’ve paid even a little attention to food industry news, you know there’s huge concern over Genetically Modified Organisms (GMO) in our food supply. It’s estimated that more than half of America’s processed grocery products contain gene-altered ingredients. Since at least the 1990’s we’ve been consuming genetically modified enzymes primarily in breads, cheeses, sodas, and beers. Today, the primary genetically modified (GM) food crops are corn, soybeans, and potatoes.

What does all of this really mean? Is there a real threat to health? Won’t GM crops help us feed a planet with dwindling resources?

It’s easy to get confused by arguments from both sides of the proverbial fence. We hope our basic, 5-point primer on GM foods helps you become a more informed consumer:

GE or GMO: What’s the Difference?

“Genetically Engineered” (GE) and GMO are used interchangeably, but they have different meanings. Confusion arises because the USDA defines a GMO as an organism produced through any type of genetic modification.

Genetically engineering food is different from the way plant breeders make selections for plant traits between two cultivars. When a plant breeder (organic or conventional) selects a trait like disease resistance found in one plant and uses that trait to enhance another plant, that creates a hybrid. In this case, the plant breeder has encouraged the same kind of selections that might occur in nature. Breeders also monitor the plants for effects on specific characteristics including quality, nutrient density, and productivity. This is the true application of the term “genetically modifying organisms”.

A GE crop is one in which a single gene or combinations of genes from one organism are artificially forced into the DNA of another organism (a crop). Essentially, the natural boundary between two species is broken in order to create a new life form (i.e., foods) with more desirable traits.

For example, to get cold-weather hardy tomatoes, you can splice the DNA from salmon, which has those genetic features and transfer it into the tomato. This yields a larger crop when the weather is less than favorable. What is the problem with it? Tomatoes would never naturally contain those fishy genes.

But far more than fish genes are being spliced into crops. According to Jeffrey Smith, President of the Institute for Responsible Technology, “GM plants, such as soybean, corn, cottonseed, and canola, have had foreign genes, such as bacteria and viruses forced into their DNA. These have never been in the human food supply.”

Therein lies the problem with food that has been genetically modified outside of nature’s boundaries: The genetics of a plant, not only affect its color, taste, yield and nutrient quality, they likely affect the way that food goes to work in the human body.

In the interest of larger crop yields, profits for big biotech companies, and claims that GM foods will ‘feed the world,’ we have no proof that these foods are safe and no data to indicate the short or long-term effects on human health. And, people are still starving around the world.

“Even if the transgene itself is not dangerous or toxic, it could upset complex biochemical networks and create new bioactive compounds or change the concentrations of those normally present. In addition, the properties in proteins may change in a new chemical environment because they may fold in new ways. Further, the potential toxic or carcinogenic effects could have substantial latency periods.”- The Need for Greater Regulation and Control of Genetic Engineering: A Statement by Scientists Concerned About Trends in the New Biotechnology (1995)

What are the Health Concerns of GMO Food?

GM foods do not undergo regulated testing in the United States. Much of what we know comes from independent scientists conducting animal studies (and the so-called unbiased studies from big biotech). However, scientists and politicians in other countries believe the threat to health is real-GE/GM crop cultivation is now banned by 38 countries worldwide (28 in Europe).

Medical professionals claim there are health effects potentially linked to eating these foods. In her article for the Chicago Tribune, Dr. Martha R. Herbert, a pediatric neurologist wrote: “Today the vast majority of foods in supermarkets contain genetically modified substances whose effects on our health are unknown. As a medical doctor, I can assure you that no one in the medical profession would attempt to perform experiments on human subjects without their consent… Yet manufacturers of genetically altered foods are exposing us to one of the largest uncontrolled experiments in modern history.”

Why are food genetics being manipulated?

There are two primary traits that have been added to crops: herbicide tolerance, which lets the farmer spray weed-killer directly on the crop without killing it, and the ability of the plant to produce its own pesticide. These outcomes have no proven health benefit to humans, There is, however, economic benefit for biotech companies like Monsanto, which develops (and owns the patent to) the weed-killer that farmers use on crops and we use in gardens (e.g., Roundup aka glyphosate). The company has been accused of everything from hiding research on the real health effects of glyphosate used on crops around the world to knowingly producing products that threaten biodiversity and cause cancer.

To date, six bio-tech giants are actively lobbying against the U.S. public’s demand for GMO labeling on foods. And yet, legislators continue to protect citizens as demonstrated by California’s recent decision requiring Monsanto to label Roundup as carcinogenic.

Resources for learning more about GMOs, Monsanto, and health implications are listed below. 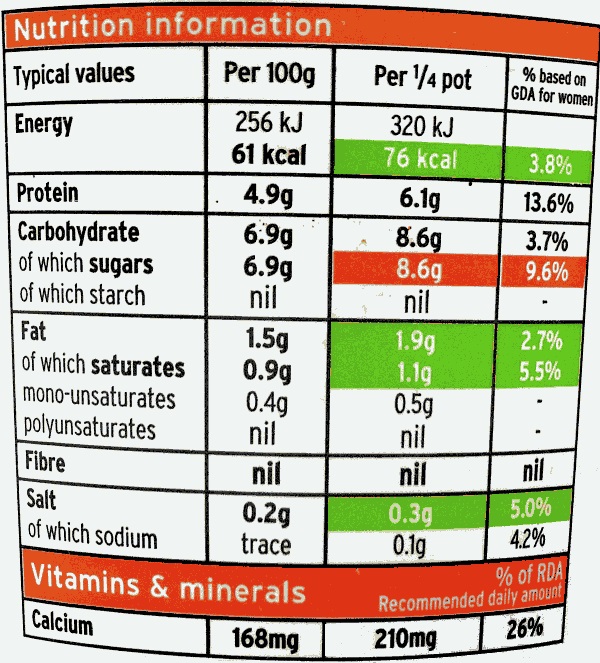 Food labels have been a topic of discussion with my patients for many years.

When you are walking the grocery store aisles, you probably flip over a few items to read the nutrition labels, but do you understand what you’re looking at? While overall, people around are well education about the topic, please remember these helpful tips:

Nutrition information on the label is provided for one serving of a food or beverage. Many products contain more than one serving. Example: standard size bottle of ice-tea contains 2 servings (2 cups) but label gives you information for 1 serving (1 cup). Therefore, if you drink the whole bottle at your lunch, you must double the calories, fat, sugar, and other ingredients on the label. If you’ve eaten a smaller portion, then calculate accordingly.

Pay special attention to the amount of Sugars (listed under carbohydrates section of label) in one serving. This is especially important if you have diabetes (or other health concerns) that require you to monitor sugar intake or the glycemic index of foods. My rule of thumb is, if the amount of sugar higher than protein (listed write below the sugars), I try to skip it.

Check out the amount of fat, especially Trans fats in one serving. Those are especially known to contribute to “bad cholesterol,” which contributes to heart disease. Choose foods that have “Zero” Trans fats.

Be aware that “0” does not mean zero! It means less than 5% per serving!

Always look at the list of ingredients. It describes what is actually this product is made of and what else was added to it. If you cannot pronounce the words that are listed on a food label, it’s likely coming from chemicals and processed (unnatural) elements that are not healthy for the body. Some of the items you want to avoid include:

Dyes (e.g., yellow dye no. 5, tartrazine, anything with numbers in it)

Food allergens – if you or family members have a known allergy to peanuts, wheat, soy, or gluten

If you are in a hurry and can’t take the time to read labels, be sure to avoid packaged (bag, box, or bottle) foods. Instead, buy fresh or frozen whole foods and “eat a rainbow everyday” (e.g., fruits, veggies, nuts, seeds, cheese, yogurt). Also, choose beverages with no sugar added (check that spot on the label).

If in doubt, do not eat it and always feel free to call us for an additional information. In our practice we always start with food, because “we are what we eat”. Eat Healthy – Stay Healthy!