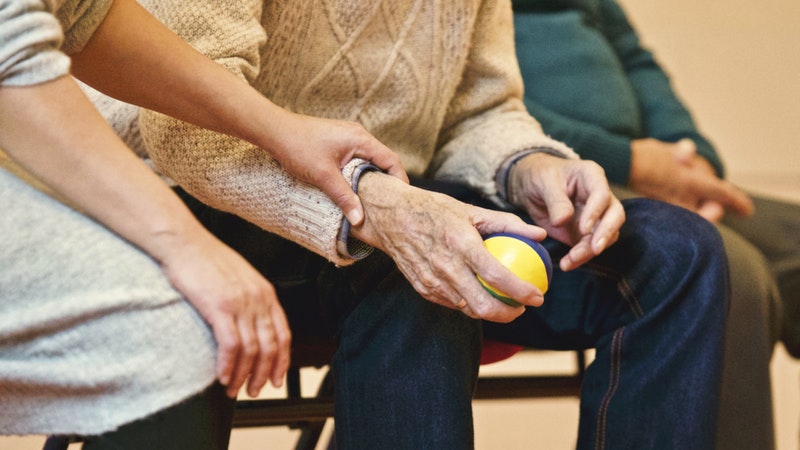 Here is evidence that our health depends on who we host and what we grow in our guts! It is more them then us, so it is better keep “good guys” and get rid of the “bad guys”. The article below explains that gut bacteria Prevotella copri is directly connected to new onset of rheumatoid arthritis in patients.

Rheumatoid arthritis (RA), one of the most common autoimmune diseases, may be triggered by changes in the microbial composition of the gut, according to a recent study by investigators at New York University.

There is a solid body of research indicating that intestinal bacteria affect the development and the severity of autoimmune disorders localized to the gut, such as inflammatory bowel disease (Mathis, D. eLife. 2013. doi:10.7554/eLife.01608).

What’s somewhat more surprising is that gut flora can also contribute to the progression of autoimmune conditions outside the intestinal tract. In one animal study researchers found that autoimmune arthritis could be rapidly induced in previously healthy, germ-free mice by introducing certain pathogenic bacteria into their intestines (Wu, et al. Immun. 2010; 32(6): 815-827).

Following this line of thinking, researchers at the Hospital for Joint Diseases, NYU School of Medicine explored the impact of intestinal bacteria on the “systemic immune response required for joint inflammation.” Specifically, they examined the relationship between specific bacterial clades and rheumatoid arthritis development (Scher, et al. eLife. 2013. doi:10.7554/eLife.01202).

The remaining 28 samples were from healthy people without any form of arthritis.

In performing DNA analysis, the researchers discovered that one specific intestinal bacterium, Prevotella copri, occurred in significantly higher quantities in the fecal samples collected from the new-onset rheumatoid arthritis (NORA) patients than in all other patient groups.

P. copri was present in a striking 75% of newly diagnosed rheumatoid arthritis patients, and in these individuals, Prevotella tended to be highly predominant compared with other bacterial species.

In contrast, only 21.4% of the healthy controls carried this organism in their intestinal microbiota. The bug was found in just 11.5% and 37.5% of samples from chronic rheumatoid arthritis and psoriatic arthritis patient samples, respectively.

The NYU researchers further noted that in NORA subjects, an increase in Prevotella species was correlated with a reduction in beneficial microbes, especially Bacteroides, a key genus of bacteria that normally thrive in the human gut, especially in the Western world.

They found that P. copri colonization in mice induced inflammation in the form of colitis, but not joint disease. They attributed the development of inflammatory bowel disease rather than RA to the fact that the mice were colonized with a different strain of P. copri than the one found in the human subjects.

It is not clear whether overgrowth of Prevotella is a triggering event for the inflammatory cascade that ultimately leads to RA, or whether the organism simply thrives in the context of systemic inflammation but is not in and of itself a causal agent.

What does seem clear is that a Prevotella-defined microbiome appears to promote inflammation in the context of a genetically susceptible host.

The connection between Prevotella and joint inflammation seems to be a T-cell mediated process.

The authors note that, “In RA, there is increased production of both self-reactive antibodies and pro-inflammatory T-lymphocytes. Although mechanisms for targeting of synovium by inflammatory cells have not been fully elucidated, studies in animal models suggest that both T-cell and antibody responses are involved in arthritogenesis. Moreover, an imbalance in the composition of the gut microbiota can alter local T-cell responses and modulate systemic inflammation.”

It is interesting that mice with genetic mutations that increase the risk of RA-like changes remain healthy if they are kept under sterile conditions. However, if these mice are exposed to certain species of bacteria sometimes found in the gut, they begin to show signs of joint inflammation (Ivanov et al., 2009; Sczesnak et al., 2011).

While the new study’s results cannot conclusively implicate P. copri as the cause of rheumatoid arthritis, they do support a compelling argument that P. copri may predispose both mice and men to chronic inflammatory conditions.

A predominance of segmented filamentous bacteria like Prevotella in an individual’s intestinal microbial ecology predisposes to a reduction in the number and the function if of anti-inflammatory regulatory T cells, thus predisposing the individual towards autoimmunity, the authors explain.

Though not conclusive, this line of research open the door to a new realm of possible treatment options for rheumatoid arthritis.

Conventionally, the disease is treated with pharmaceuticals with often severe and noxious side effects. Should further research confirm the connection between P. copri and rheumatoid arthritis, antibiotic treatments or the use of probiotics rich in beneficial bacteria could become viable alternatives.

At the very least, this new line of work points to the microbiome as a previously unrecognized etiologic factor in the onset of a common but poorly understood disorder. 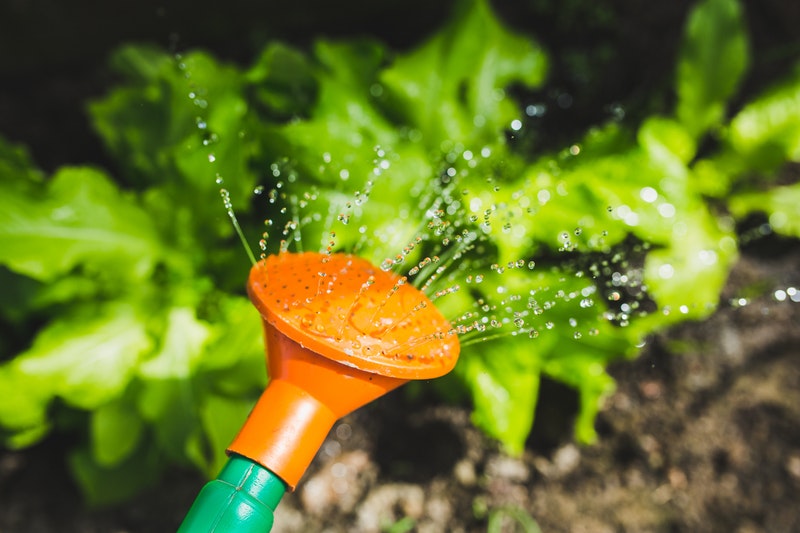 3 Ways You Can Recover from Leaky Gut Syndrome

Leaky Gut Syndrome (LGS), also referred to as increased intestinal permeability, is a condition where the junction between the cells of intestinal wall lining becomes loose. This allows substances from the digestive tract penetrate through the intestinal wall into the blood, therefore bypassing the normal pathway, which is going through the cell. That would not be a problem, except, the substances that end up in the blood stream, like microbes, undigested food particles and even toxins, should never be there. As a result, the intestinal wall gets inflamed and cannot perform it’s important function which is nutrients absorption. Therefore, one can start suffering from malabsorption and malnutrition. We often see it as low levels of common vitamins and minerals in the blood test.

Most commonly LGS may present with symptoms of bloating, gas, stomach aches and food intolerance or sensitivity. The substances that end up in the blood may also set off the beginning of the autoimmune diseases like celiac disease, rheumatoid arthritis, thyroid diseases, like Hashimoto or Graves disease, multiple sclerosis and many others.There is an established link between LGS and some mental symptoms (brain fog, poor memory, intellectual sluggishness) and even psychiatric diseases (attention deficit disorder, depression, anxiety). We often refer to it as “leaky gut = leaky brain”.

Interestingly, Leaky Gut Syndrome (LGS) is not a diagnosis necessarily taught in traditional medical school programs so strictly conventional doctors may not acknowledge the existence of this condition. Therefore, they don’t always suspect it in their patients or don’t know how to treat it.However, more and more research data confirm the link between this condition and development of multiple chronic medical conditions, especially related to gastrointestinal diseases such as Irritable Bowel Syndrome (IBS) and Inflammatory Bowel Disease (IBD) like Ulcerative colitis or Crohn’s disease.

My continued studies after traditional medical education, in alternative science-based medical practice and recent certification in functional medicine have taught me the tremendous effects of a leaky gut on people’s overall health.

Three ways you can recover from Leaky Gut Syndrome are:

Find out if you actually have LGS

Change the way you eat

Learn to deal with stress

Find out if you actually have Leaky Gut Syndrome

First, determine whether you actually have LGS. Find a functional medicine physician in your area who can help you (go to www.functionalmedicine.org). As a result of extensive training in alternative and functional medicine I go beyond traditional methods and take a full health history. I use special laboratory testing to get to the very root of medical problems rather than simply charting symptoms and writing prescriptions to suppress them.

Change the way you eat

During the process of investigating your illness, I can help you establish a new customized diet, which is likely to improve your health, regardless of the final diagnosis. A diet in this sense is not meant to restrict your caloric intake but refers to the types of foods you are eating. Natural and unprocessed foods should be eaten in variety with lots of green leafy vegetables and lean protein as main parts of your food intake. Certain supplements might be recommended that will help to heal the intestinal lining and make the cell junctions tight again.

Learn to deal with stress

Leading a high stress lifestyle will result in greater risk for developing chronic diseases and LGS is one of them. Learning how to deal with stress and identifying stressors in your life will be a part of any treatment plan that will re-balance and heal your body long term. 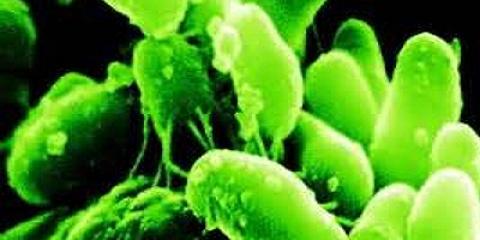 Recently a new patient came for a functional medicine consultation complaining of frequent colds. Jonathan was a 35 years old singer with history of frequent colds up to 3-4 times per winter season. The nature of his profession demanded faster recovery to perform, therefore he had no time to recover on his own, so he was treated with multiple antibiotics and steroids courses. Jonathan also had multiple complaints related to digestive symptoms (bloating, heartburn and constipation) and recently he developed skin hives after eating certain foods. Jonathan had classical symptoms of food sensitivity as a result of dysbiosis.

Dysbiosis is a condition that involves imbalance of beneficial and harmful microorganisms in the digestive tract. This imbalance can take place anywhere from mouth to the stomach and further down to small and large intestine. In our practice we diagnose and treat dysbiosis of different areas of gastrointestinal tract. As a result, patients’ chronic medical conditions get better.

Multiple environmental factors such as antibacterial and pharmaceutical medications, pesticides and toxins, unbalance diet lacking of vegetables and healthy proteins and fats are some of the factors affecting our gastrointestinal microbiome. When we host unhealthy microbiome we can experience multiple symptoms outside of the digestive system realm. For example, eczema and asthma are strongly connected to imbalance in the gastrointestinal tract.

Back to Jonathan. Based on his history and symptoms we ordered several tests that revealed candida overgrowth. After appropriate treatment involving  4R program (see our previous blog) and specific diet his digestive symptoms improved and he was no longer sick with upper respiratory infections.

Our gastrointestinal tract is a gate keeper to our health. It is always the first place to start treatment if you have any chronic medical conditions. Feel free to call our office if you have any questions or think you may have dysbiosis.